These titles are games I recently finished or played on Xbox Gamepass.

Gears 5.   In the 2nd half of 2020, I downloaded and played this latest Gears game months after its release. Having played Gears 1-3, I enjoyed the visceral feel those games provided. The gunplay, the exploding enemies, it's satisfying. Give me great alien, sci-fi-action, and I'm in. 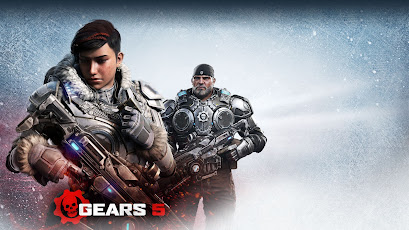 Destiny 2 became available in September 2020, and I started pouring hours into that game, putting Gears 5 down for a while. I never played Destiny but noticed my younger brother playing the first iteration back in 2014. Early last year, I had completed the Halo Master Chief Collection and wanted more Bungie goodness.

After finishing a campaign or two in the looter shooter, I noticed that the game never ends, and I wanted to play a story from start to finish. Gears 5 was cinematic and, at times, intense. The first playthrough was challenging; the second was a great time. Jack's(your companion drone) 'shock trap' is his best ability, getting me out of many sticky situations. But even with a second playthrough, the two bosses who still gave me a hard time were the Matriarch in act 2 and the Kraken in the end. I recently finished the Hivebusters DLC, very entertaining as well. I like the new characters' look; the Scorpio Squad and Hana Cole, Augustus Cole's daughter (who appears in the first Gears of War). Different heights and body masses, unique designs for the protagonists, they look great! One criticism with the Hivebusters DLC was the heroes' abilities; I didn't see much of a change between its upgrades, besides bigger and more prolonged effects.

Alan Wake and Quantum Break.   The look and feel of Remedy Entertainment's games have intrigued me for a long time(they are the producers of these titles). They seem to be on a different level. Later, I found out that Remedy's latest, Control, was coming to Gamepass in early December. Control was voted 'Best Game of 2019,' by IGN. I felt even more compelled to play these two games now in preparation for that title.

A storytelling technique that both Alan Wake and Quantum Break use is episodic-levels. After a stage is completed, it says the end of episode 1. Alan Wake even recaps the previous act in a tv show style format. Quantum Break has 20-25 minute TV episodes shot in the real world, in the body of the game. The production quality of these episodes reminded me of '24' with Keifer Sutherland. 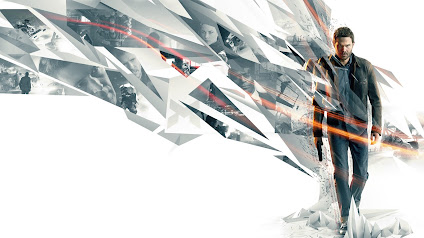 The weird thing is that I never noticed the main character(Jack Joyce)in any of these interludes. I mistakenly skipped through the first one but watched all the others. They slightly change depending on your decisions in the game. I've only played through Quantum Break once; I haven't played the alternate timeline. A reason to re-visit the game down the road, maybe. Both games are thrillers, Quantum Break being more sci-fi and Alan Wake being horror based. I completed both these games, fun stuff. I found one small easter egg in Quantum Break, which connects to Alan Wake, a particular TV show I won't spoil here. The one complaint about both games is the character control can be a little weird at times. But I enjoyed the narrative and have recently started playing Control. 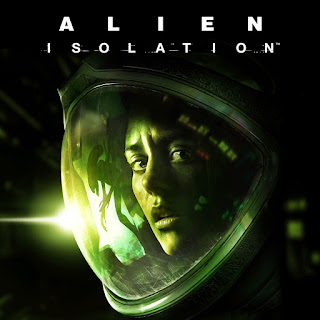 Alien Isolation.   I have not completed Alien Isolation as it is not easy. It's stressful and frustrating in a good way. Being a fan of the Alien movies, Isolation puts you in the reminiscent dark, quiet, steaming corridors of a large ship. When I was a younger gamer, I would get frustrated when I'd die or failed the mission at hand. Today, I know that dying and trying different ways to reach the end goal is experimenting until I find out what works; there is definitely some of that in this game. Ego aside, I can admit that I did go to an online guide or Youtube video to get through parts of the game.

Have you played any of these games? Please comment below.