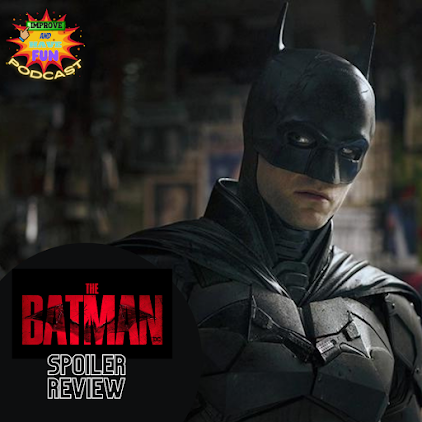 I thought Christopher Nolan's Dark Knight was a better overall package. With The Batman, I was a little bored at times and even dozed off in the beginning when Batman and Jim Gordon were going back and forth. This movie is a detective/noir/thriller with action peppered in.   If you are expecting more than this, you will be disappointed.

This film felt like a modern-day comic.   Batman figuring out this new villain's(the Riddler) motives alongside Jim Gordon.    Hanging around the police during crime scenes several times, rescuing Gotham citizens out in the open instead of the shadows.   Actions you don't see as often in past Bat films.

Also, how little Bruce Wayne you get here(which I prefer). In the third act, there's one scene where The Riddler tells Batman how the cowl is his true face and Bruce Wayne is the facade, and the movie plays to that.

I loved the visuals and sounds. If you pause certain scenes, they become stunning photographs.   The sound of Batman's boots while walking out of the shadows was excellent. At times, I even got Blade Runner, Escape from New York vibes with Gotham City.   Gotham City is once again its own character here, as it has uniquely been in many of the Caped Crusader's previous films.

This version of Batman felt like Netflix's Daredevil. A street-level hero/detective who gets hurt in brutal fights but keeps pounding the bad guys in return.

The score by Micheal Giacchino I very much enjoyed. Batman's theme I've been humming in anticipation before heading to theaters.   The soundtrack was released a week before the movie's premiere(it became available on music streaming platforms-Tidal being my personal choice).    Favorite track, 'Flood of Terrors.'

The cast overall was fantastic. Colin Farrell as Oswald Cobblepot, aka the Penguin, was indistinguishable from the actor. Paul Dano's performance as the Riddler was good with some heath ledger vibes, but the trope of the deranged psycho getting revenge because of a childhood issue is getting old. Zoe Kravitz's Catwoman was cool and stylish. But I kept asking myself, how can such a small woman beat down these men 3x her size.

Overall great movie, but not the best in the pantheon of Batman films.

If you've enjoyed this episode, please support this podcast by doing any, all your shopping through my affiliate link: