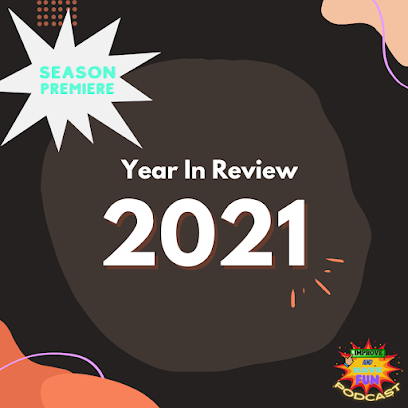 Season 5 premiere!   On this episode I go over my life in 2021.   Wins, fails, and I list my favorite entertainment as well.

Wishing you all a happy and healthy 2022.

If you've enjoyed this episode, please support this podcast by doing any, all your shopping through my affiliate link:

This video is highlighting my favorite games, movies, comics and TV of 2021.

My favorite entertainment of 2021. Games, comics, movies, and TV. Not everything on my list was released in 2021. The content listed below was the most fun I had all year. Some of my selections aren't critically adored, but I reacted strongly, whether by laughing, crying, or reflecting on my own life.

With months at home due to the pandemic, my way of engaging with entertainment has changed. I prefer watching stuff at home on my own time, with my food. But, if friends want to get together and see a movie or I want to get out the house, I'll consider going to the theater.

Let's get into it.

The Sword (the entire series-Image Comics)

Something is Killing the Children issues 1-12 (Boom! Studios)

(I played all of these games on Xbox's Gamepass service)

Thoughts? What were some of your favorites of last year? Please comment below.