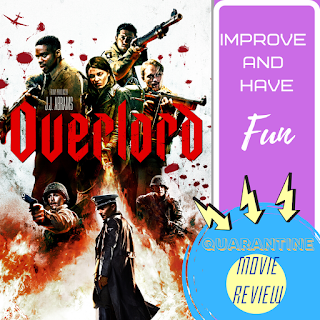 LISTEN TO THE PODCAST HERE-There are spoilers!


This episode begins our quarantine movie/tv review series.   Jason G and I will take turns making suggestions.   We will watch what we've chosen and come back in a week and give our respective reviews.

JJ Abrams-produced Overlord from 2018 is our topic this week.   Click here for the film's synopsis.

Jason found the film likable but isn't what he expected.   The trailer gave him the impression of a zombie apocalypse that took place during World War 2.   He ultimately described it as being a 70% war movie, a 30% horror movie.   He also told me the meaning behind the film's title.

Overlord is the military's codename for the Battle of Normandy in 1944.   The Allied Forces making their move against German-occupied France.   In movie-speak, Overlord takes place the night before Steven Spielberg's 'Saving Private Ryan.'   Which in the opening scene, the invasion of Omaha Beach, can be described as a horror movie.   He felt the(cast)standouts where Wyatt Russell(Kurt Russell and Goldie Hawn's son). Bookeem Woodbine.   Who made an impact with very little screen time.   Game of Thrones Pilou Asbaek as Captain Wafner.   Especially his facials as the monster.   Finally, the main star Jovan Adepo(Boyce), walked the line between empathy and apathy.   He noted the chemistry between Boyce and Chloe(played by Mathilde Ollivier).   Saying that if circumstances had been different, they could've had an intimate relationship.  Overlord gave Jason a combination of 1985's Re-Animator, Indiana Jones, and period war piece.   He felt the movie as a whole was anti-climatic.

This is the third time I've seen this movie.   I saw it once in theaters and fell asleep in the beginning.   Seeing it now in its entirety, I thoroughly enjoyed it.

Check out the Re-Animator movie Jason mentioned here https://amzn.to/3cXbEGe
If you enjoyed this movie review check out my new book 'There will be Spoilers.'    It's a collection of my reviews over the last few years.   Available in audiobook, ebook, paperback formats.   You can find that here https://amzn.to/2Lvmozz

Dancing In Prospect Park, Brooklyn with Friends. Before the Protests. May 2020

Now is a time to protest, discuss, have conversations...here's hoping to get together with my friends in the nearby future. This took... 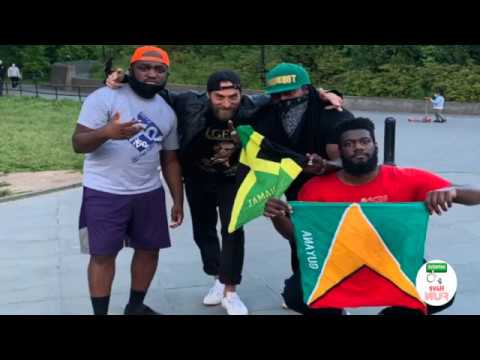