A Conversation with Hall Of Fame Podcaster Danny Pena. 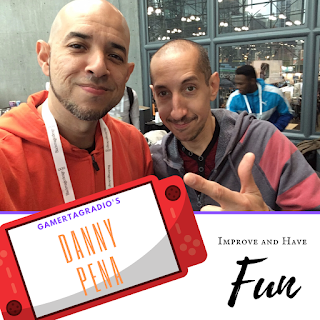 This is my conversation with Danny Pena.    Hall of Fame podcaster(inducted in 2015).   He(alongside Paris Lilly)are the hosts of Gamertagradio.    A long running podcast covering the video game industry.

This was a bucket list conversation.   In this episode I pick his brain on podcasting.    We dig into his past, current life situation and where he wants to head next.   There's also loads of current video game talk.

Or Email me at improveandhavefun@gmail.com

Rate, like, leave a review! I will shout you out for sure!
If you've enjoyed this, please support this podcast by doing any, all your shopping through my affiliate links:

or my AMAZON link: http://amzn.to/2dRu3IM

Email ThisBlogThis!Share to TwitterShare to FacebookShare to Pinterest
Labels: Interviews 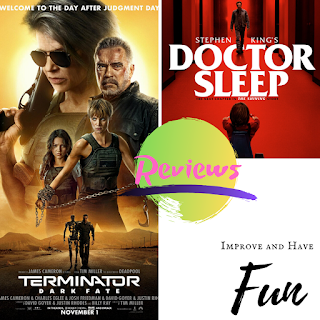 On this episode I review both Doctor Sleep and Terminator: Dark Fate.    Jason G. does chime in with his thoughts on Doctor Sleep.   Are this films any good?    Find out here in our spoiler reviews.

After watching this movie, I couldn't help but sense that this seemed better suited for streaming.  The vibe and cinematography of Hill House were felt all over Doctor Sleep.  Except this production was a lot bloodier.

In the first, and halfway through the second act, Rose the Hat and her crew felt like a threat.  The scene when Bradley(Jacob Tremblay)is murdered was hard to watch.  Once Abra starts to realize a portion of her abilities, the menace of True Knot(the name of the villainous group)is lessened.

Danny, Abra, and Billy dispose of its members without much trouble.   The Overlook Hotel didn't present Abra with much of a threat, either.    A missed opportunity I feel.

I liked the names of the members in True Knot like Barry the Chunk, Apron Annie and Grampa Flick.

I also enjoyed how Doctor Sleep borrowed minimal footage from 'The Shining' and re-shot scenes with new actors such as Danny Torrance's parents.

I noticed homages to past directors like Wes Craven and Stanley Kubrick.  The scene where Abra gets off a bus and on to Elm Street.  Or the many transitions between scenes using Kubrick-esque fades.

A recurring theme plays out in the movie.    That being father figures dying.   The primary examples being Danny dealing with his father's death and that tying into his alcohol addiction.    Abra's father being killed.   Tony(Danny's ghost guide) finally transitioning.   And in the end the same happening to Danny.   What does it mean?

Demonstrating the unique abilities of those who shine was cool.   Like Danny's ability to read minds or Snakebite Andi's ability to influence others.  Crow Daddy's ability to locate those who shined.  Abra seemed to have many skills, but it was never defined.   Same with Rose the Hat.   Rose's flying scene and her 2nd interaction with Abra was great.

The overall soundtrack(borrowing from 'The Shining')and sound effects were highlights of Doctor Sleep.

This was an engaging 2 1/2 hour movie.   I'm writing this review in its second week of release, and it hasn't done well in the box office.    Maybe more people would've watched this as a streaming mini-series which I feel would've fit right in. 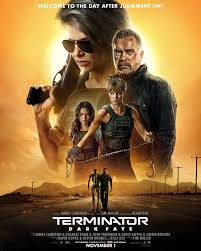 Terminator: Dark Fate is an intense action thriller.   But if you've seen one Terminator movie you've seen them all.   The outliers in this franchise being the first Terminator film having a horror vibe and Terminator Salvation, which reverses the roles(for a time)between the machine(played by Sam Worthington)and the human resistance(led by John Connor).

Dark Fate includes ideas from past films.   Such as:
-Rev-9(the main antagonist)having a liquid form, and the ability to make spears from his body.
-Grace(played by Mackenzie Davis)is an augmented human; I felt was inspired by the human-Terminator combo from Salvation.
-Arnold being the sympathetic figure coming to the aid of the resistance.
-Strong female roles played by Linda Hamilton and actress Natalia Reyes.

Sarah Connor does elevate the film.   The character's portrayal(I feel)is appropriate to how she'd react living through the experiences of the first two films as Dark Fate takes place after T2.

My biggest issue here is Arnold, who plays a T-800 Terminator model named Carl.    His back story made me scratch my head.

-The T-800 raising a family in a non-physical relationship with the spouse.   In all the time, the family has been together, didn't the mother or son have any doubts, concerns about Carl's behavior or actions?   Even if he was the perfect father, wouldn't that raise questions?

-Arnold humor.   Some of the comedy beats fell flat.   Terminator comedy works when he's playing it straight and not trying to be funny.

-Future intel.   Carl texted Sarah Connor future instances of Terminators appearing in the current timeline.    She would then stop them.    By film's end, Carl is finished.    This leads me to believe that more robots are coming after these ladies.   How are Sarah and Dani(played by Natalia Reyes)going to handle another Rev-9 showing up?   If they had this much trouble with one here.

I enjoyed this film, the performances, and special effects were great, but unfortunately, this one's more of a cable/streaming/vod watch and not a must-see in theaters.

Time to do something completely different with this franchise?   Maybe. 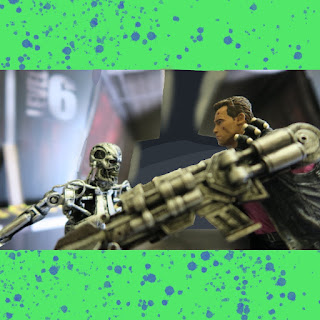 Here I have the T-800 versus Arnold from Terminator 2.    Behind them is the Nela Level 6 Extreme Set.   Action figure fun. 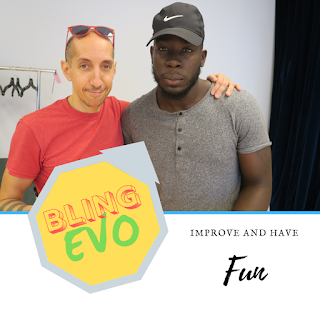 Bling Evo is a dancer, choreographer, lecturer I've known for some time.    A person who has always treated me warmly and with respect.

In this episode we delve into this remarkable dancer's past, present and future.   Also his current DH Evolution 876 course, which is much more than another dance class.

Email ThisBlogThis!Share to TwitterShare to FacebookShare to Pinterest
Labels: Interviews


These are pictures I took in Union Square during the  Halloween parade(in NYC).   I love how willing people are to be photographed.   Thank you strangers!   I appreciate you all for posing for my camera. 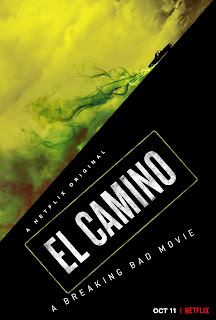 Count me in as a fan of Breaking Bad.   I enjoyed the series immensely and was excited to revisit this world.   But what we get with the here, El Camino is fun but not necessary.

El Camino takes place right after the series finale.    It's great seeing all the cameos of returning characters such as Mike, Badger, Skinny, Jane, and Walter White.   The late Mr. Robert Forster as Ed, the fixer, and his interactions with Jesse were a standout for me.   Others were with Todd (played by Jesse Plemmons), who is weird and creepy in his unique way.    There were times I thought he was going to rape Jesse.    The main antagonist Neil, played by Scott Macarthur, is great at being a dick.    I first saw him in HBO's Righteous Gemstones, where he was an entertaining villain.

Aaron Paul, as Mr. Pinkman, does a great job here relaying the trauma he's dealt with over the last five seasons of the show.   Having lost multiple girlfriends, his abduction and being held prisoner breaks him in ways which he demonstrates in this movie.    There are moments when he has supreme confidence.   Where he isn't easily fazed and feels like a seasoned criminal.   Then other times where he doesn't want to deal with the world, he's long been associated with and wants to curl up into a ball.

This Netflix exclusive felt like a series of events which, in the end, gives Jesse a happier ending than the series finale.   If you saw Breaking Bad,  maybe still watching Better Call Saul, and you still want more, then this is for you. 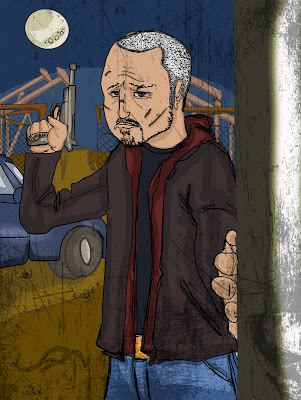 El Camino inspired me to draw this piece.    It's from a scene in the third act.    This design is for sale in my Teepublic store, which you can visit by here.

In this video I talk about my dancehall dance history. Also my journey to improve in this style. Here you can see my previous Dancehall... 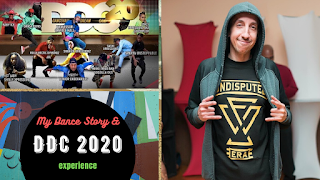